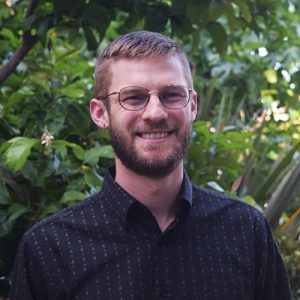 Jesse Strecker is a PhD candidate in the Energy and Resources Group (ERG) at UC Berkeley. His research focuses on the political economy of energy transition, specifically the impact of different approaches to decarbonization—such as carbon pricing, green industrial policy, and public-investment-led decarbonization—on coalition formation, and the role of labor unions in climate politics.

During his time in graduate school, he has engaged in climate policy making at a number of levels. As a researcher at the UC Berkeley Labor Center’s Green Economy program, he co-authored a chapter in a report commissioned by the California state legislature on the workforce impacts of the state’s major climate initiatives. He also served as a legislative fellow in the office of U.S. Senator Ed Markey, helping the Senator’s energy and environment policy team further develop the Green New Deal policy framework. He has served as a consultant to the participants in the American Cities Climate Challenge, as well as the Sunrise Movement.

Prior to coming to graduate school, he worked for many years as a labor and community organizer. For four years, he was the Executive Director of the Rhode Island chapter of the national labor-community coalition organization Jobs With Justice. Jesse is a Switzer fellow, and received his BA in Anthropology from Brown University.