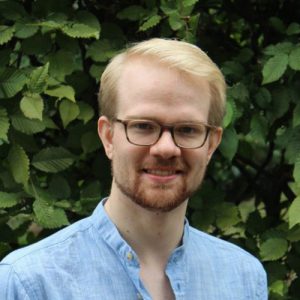 Nicholas Goedeking is a visiting scholar at UC Berkeley’s Department of Environmental Science, Policy, and Management (ESPM). His research focuses on urban energy transitions and the ways in which cities can mitigate risks associated with climate change.

Before joining ESPM Nicholas worked in the energy policy sector for two years, first in Berlin and later in Brussels. In Berlin, as a political advisor to an elected member of the German Bundestag’s Environmental Committee, he was responsible for all matters related to climate change. In Brussels, as a Blue Book Trainee at the European Commission’s Directorate-General for Energy (DG ENER), he helped implement the 2016 review of the 2012 Energy Efficiency Directive. After his traineeship at DG ENER, he joined the private sector for a short while and gained work experience with a European energy technology provider.

He also volunteered for the German Development Service (DED, now GIZ) for twelve months. Between 2009 and 2010, under a full weltwaerts-scholarship from the German Federal Ministry for Economic Cooperation and Development (BMZ), he helped coordinate a public–private partnership project to protect a coastal mangrove forest in Nicaragua.